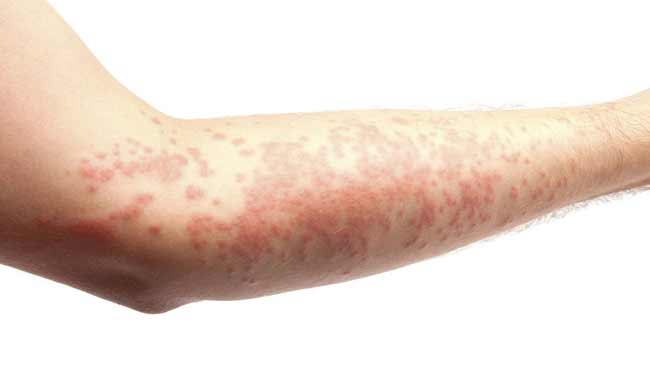 Lichen Planus is a chronic disease which affects the nails, skin, and mucous membranes. It is majorly characterized by swelling and irritation in the affected part. Generally, the purple-coloured bumps on the skin are the main symptom of Lichen Planus. While on the parts with mucous membrane like vagina, mouth. etc., it appears as white patches which are sometimes painful and itchy.

Nail damage and hair loss are also common symptoms. This disease is not at all contagious. They cannot be cured but can be kept in control with proper medication and treatment.

There are a lot of complications involved with lichen planus in private parts like penis, vagina, and vulva. They can lead to permanent sexual dysfunctions. On the other hand, oral one can led to eating problems. Some studies have suggested that oral lichen planus can even lead to mouth cancer.

The main reason behind Lichen Planus is the attack on your cells by your own immune system. The immune system of our body is for fighting against some foreign body like viruses but sometimes they start damaging your own cells. This process is also sometimes called a Lichenoid Reaction. The actual reason why the immune system attacks the cells is still unknown. Some of the details about lichen planus are mentioned below.

Lichen Planus symptoms vary depending on the condition. Symptoms include the following:

As mentioned earlier also, Lichen Planus is incurable but some of the remedies for reducing its effect are mentioned below.

Considering the above mentioned complications it is highly recommended to consult an expert dermatologist or one of the top skin specialist.